Can Divorced Men Serve as Ministers or Deacons? 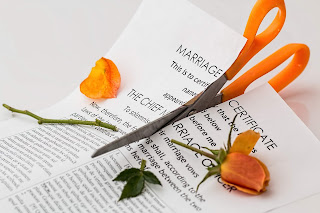 It is a familiar story.  A man who serves as a minister or deacon of a church gets a divorce.  Immediately, regardless of the circumstances of the divorce, he is forced to resign.  In addition, he is forbidden to serve as a deacon or minister in the future, no matter how much time has elapsed since the divorce.  So, all at once he looses his family, his career, his church and possibly his home (if he lives in a parsonage or some form of housing owned by the church).  This total loss of everything he holds dear is devastating on every possible level.  But does it have to be that way?  Does the Bible really say that a divorced man cannot serve as a minister or deacon?

Divorce Is Not Mentioned

The first reason why it is incorrect to say that the Bible says that divorced men cannot serve as ministers or deacons is because divorce is not mentioned in the passages which list the qualifications for those positions.  To say that the phrase, "husband of one wife" refers to divorce is to read into the passages something that is not explicitly stated, thus distorting the original meaning of those passages.

Divorce Means It's Over

Some would argue that because marriage is a life-long covenant, God does not recognize a divorce; therefore, a man that is divorced is still married to his first wife in God's eyes, making any subsequent marriages adulterous or polygamous, violating the "husband of one wife" requirement for ministers and deacons.  Although marriage is a life-long covenant, there are situations which break that covenant.  Jesus said that divorce and remarriage is adultery, except in the case of "sexual immorality." (Matthew 5:32; 19:9)  If the spouse is guilty of sexual immorality (infidelity), the innocent partner is permitted to divorce and remarry.  The Apostle Paul wrote that someone is no longer bound to a spouse who leaves them, and that those who are "loosed" from a spouse do not sin if they remarry. (1 Corinthians 7:15, 27-28)  These are exceptions to the general rule that marriage is life-long.  Furthermore, when speaking to the "woman at the well," Jesus told her that she spoke truly when she said that she had no husband, although she had five husbands in the past and was living with a man that was not her husband. (John 4:16-18)  If God does not recognize divorce, Jesus would not have made that statement.  Divorce, right or wrong, ends a marriage.  When it's over, it's over.  The innocent party is allowed to remarry.  Such circumstances should not be held against a man seeking the position of minister or deacon.

There are those who will also argue that divorce violates the requirement that ministers and deacons "rule their houses well." (1 Timothy 3:4-5, 12)  Once again, the Bible refers to the current condition of the man, how he currently manages those who are currently members of his household.  Whatever may or may not have happened in the past is irrelevant.

Can divorced men serve as ministers or deacons?  Yes.